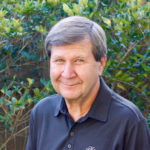 Originally from Chicago, Mike started in the packaging industry in 1974 after graduating from Northern Illinois University. He began working for Rheem Manufacturing in the steel drum and pail industry. Several ownership changes at Rheem took place during his employment over the following 23 years as well as product emphasis switching from steel to plastic. Positions in sales, marketing, and senior management prepared him for the starting of MJP Acquisitions with Don Knight in 1997.

Kristy is a graduate of Baylor University, where she received a Bachelor of Science in Education. She continued her studies and earned a Masters of Education. After many years of teaching, she now serves as the General Manager of our Gulsby Division.